Article on Rothko, Published in the Jewish Chronicle 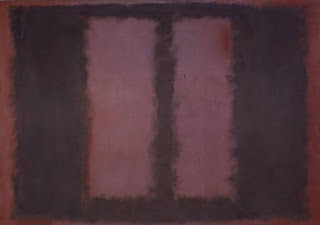 From The Jewish Chronicle - http://thejc.com/node/6299

A religious spirit fills the paintings of the abstract-expressionist master.

Mark Rothko, ne Marcus Rothkowitz, hated being called an abstract expressionist - he even disliked being called a painter. He wanted his work to pour over the viewer, sucking them into his world. He wanted the work to shake its viewers out of an accustomed way of viewing gallery-art; bustling through the halls en route to tea-room and gift-shop. For him, pretty, chocolate-box images on big white gallery walls would not do.

"There is the danger," he wrote, "that the pictures relate themselves as decorative areas to the walls. This would be a distortion."

To break in on his viewers he felt he had to paint vast canvases that dominated the space in which they were hung - "to paint a small picture is to place yourself outside your experience," he wrote. "However, [when] you paint the larger picture, you are in it. It isn't something you command!"

Goodness knows what he would have thought the thousands of posters and prints IKEA, Habitat and the like offer to those who would like a "bit of red" in the corner above the mantelpiece. Rothko wanted the work to dominate. For a 1961 exhibition, the Whitechapel Gallery was instructed to paint the gallery walls "off-white with umber and warmed by a little red". The pictures were to be hung "as close to the floor as possible, ideally no more than six inches above it". He even went as far as to mandate that viewers stand precisely 46 centimetres from the canvas - there was to be no escape.

Rothko's earlier work was figurative. He was fascinated by great myths - powerhouse tales that touch upon the great issues of life and meaning, and he often painted images from Greek mythology. He even took on a commission to illustrate a Hebrew Bible, eventually published by Macmillan.

By the early 1940s, Rothko was still painting recognisable objects from recognisable narratives, but the objects and narratives were becoming less and less central. "The theme," he wrote of his work The Omen of the Eagle, "is derived from Aechylus. The picture [however] deals not with the particular anecdote, but rather with the Spirit of Myth which is generic to all myths, of all times. It involves a pantheism in which man, bird, beast and tree - the known as well as the knowable - merge into a single tragic idea."

Soon afterward he escaped narrative entirely and entered into his most recognisable phase. For seven years following the death of his mother in 1948, Rothko painted only "multiforms", the vast swathes of colour that have made him famous. These works were, for Rothko, religious.

"The people who weep before my pictures," he wrote, "are having the same religious experience I had when I painted them. And if you, as you say, are moved only by their colour relationship, then you miss the point."

Rothko's religious message was the message of a lifelong provocateur, an iconoclast and an outsider. He never had a dealer, representing himself, standing outside the norms and fashions of the 20th-century contemporary art world. But more than that, the work itself is best understood as a sustained attempt to stand outside the expectations and conventions of his time.

Writing in the 1920s, Rothko stated his aim as presenting "objects and events as though for the first time, free from the accretions of habit and divorced from the conventions of 1,000 years of painting". By the 1950s he was at his most iconoclastic. He accepted a commission to paint a series of murals for the Four Seasons restaurant in the Seagram building in - a restaurant, Rothko observed, where the rich "will come to feed and show off". Rothko claimed he accepted this assignment as a challenge, with strictly malicious intentions. "I hope," he told John Fischer, an editor of Harper's Magazine, "to paint something that will ruin the appetite" of everyone eating there. Perhaps unsurprisingly, the murals never made it to the walls of the restaurant.

With this new exhibition, a number of these murals, never before seen in , are to be reunited with their sisters which have hung for some time in the Tate and now Tate Modern. It is a tantalising prospect, but it will not be easy viewing. The works are brutal. "The colours seep up like new blood through a bandage in which old blood has already dried," author John Banville has written. "The violence is hardly tolerable."

Rothko is determined to press our nose up against the reality of our existence - the fragility of human life, the capacity for cruelty, the intensity of pain. He paints like a Hebrew prophet, stripping away hiding places of civility, hypocrisy and fashion, challenging us to dig deeper, challenging us to face the reality of the human condition, 46 centimetres from our nose.

There is something serendipitous in the choice of an opening date for the exhibition of works by Rothko - just on the eve of the High Holy Days.

Indeed, as a congregational rabbi, I have a great deal of empathy for Rothko. This is the time of year when my colleagues and I try and break in on congregants whose relationship with the startling messages of Rosh Hashanah and Yom Kippur is the Jewish equivalent of bustling through an art gallery en-route to tea-room and gift shop. Instead of paint, we have liturgy and some glorious biblical passages.

"Is this the fast I have chosen?" the prophet Isaiah demands, railing against the meaningless conventions of the Four Seasons' diners of his day. Rothko, admittedly not much of a shul-goer, would surely have liked that.

Rothko is at Tate Modern, SE1, until Feb 1 2009. Information at tate.org.uk/tickets. Jeremy Gordon is rabbi of Synagogue.

Born: Marcus Rothkowitz in 1903, in what is now . Grew up speaking Yiddish and as a child studied Talmud. His father, Jacob, was religiously Orthodox

His work: Started as a figurative artist, but is best known for his post-war "multiform" paintings featuring his signature blurred blocks of colours

His death: Rothko committed suicide in 1970, a few weeks after splitting from his wife Mell. He left two children. The settlement of his estate became the subject of a famous long-running legal wrangle

Posted by Rabbi Jeremy Gordon at 13:45

Email ThisBlogThis!Share to TwitterShare to FacebookShare to Pinterest
Labels: rothko